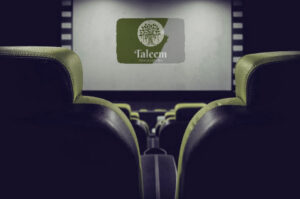 One night while discussing on the experiences as Theatre & Films practitioners we started to question our identities, why do we do theatre? Write plays? Make films? Just to tell stories? After a long pause, dwelling inside we got present to something. ‘Theatre & Films lets us rediscover ourselves and our connection to humanity.’ Here we have an opportunity to inspire ourselves to inspire others & contribute in someone else’s life. Yes, now we had our answers. We do theatre, write plays and make films to make a difference in people’s lives.

‘Taleem Theatre & Films’ was founded in 2009 in Mumbai, India. Since then, it has become a major theatre & aspiring film company in bringing quality productions to the community. With a rogue sensibility and a lean and professional work ethic, we strive to bring interesting and challenging works through theatre & films while working with the finest artists, actors, technicians and craftspeople in the city. We started from One Act plays to experimental theatre and now exploring the main stream. Our first production ‘Pai Paishachi Gosht’ has been received well and is running successfully. Since then our audiences have followed us. We are getting ready with our upcoming theatre & film productions.

There is always a relationship between films and culture. Therefore, Taleem also involves itself in coordinating and organising local and international film festivals. Currently we closely work with ‘The Third Eye Asian Film Festival’ & ‘Akluj International Short Film Festival’. We believe that every film festival is a celebration of different languages and culture under one roof. It gives us an opportunity to understand the cultural value and cinematic approach of a nation towards its cinema.

Theatre & Film Education workshops are another important aspect of the company. Through ‘Actolab – Learn from the Legends’ series we invite the masters from theatre & film industry to share their experience and knowledge and make the participants to investigate themselves with certain methods and skills. We provide this rare opportunity and a privilege to be in front of these legends.