Referred to as the ‘Sage of the Jungle’ since he had spent a substantial amount of time residing in the dense jungles, Maruti Chitampalli recounts his journey and perspectives about how the human race can still stay one with nature.

The monetary requirement to complete the remaining shooting and the post-production process – Rs. 25,00,000/- (Rupees Twenty-Five Lakhs Only)

Our motive is not only to raise funds but also to bring people from different walks of life together and connect for a world that is alien to us: the jungles. Maruti Chitampalli discovered them in his unique way and we share his lessons through this documentary. We urge conservationists, readers, writers, and everyone to contribute to the completion of this documentary at the earliest, so that we learn the language of the forests, understand the need to conserve them and fulfill our responsibility towards future generations.

1st Schedule – conversations with Maruti Chitampalli: – we have around 17 hours of footage which we are editing and adding to the line up.

“Corbett was a hunter, a ‘Shikaree’, who looked at the jungle from the standpoint of a killer. There’s no doubt that he indeed loved the jungles, but his relationship with them is far different than that of mine. In all my life, I have never killed a single animal. How can I kill myself?” – Maruti Chitampalli

Maruti Chitampalli introduces us to Forests, an enigmatic storybook with many enchanting tales. He grew up with a fascination for the world of birds, animals, and trees. The elements of the forest are his own as he is theirs in a very true sense.

Through this documentary, he explains this special bond with the wild and the journey of his transformation from being a mere writer to the voice of the forests. The documentary features the places that made Chitampalli the ‘Aaranya Hrishi’ and opinions on him of other contemporary writers, environmentalists, researchers. It also emphasizes the significance of his story and perspective for the various decisions taken for the conservation of our forests.

Why a documentary on Maruti Chitampalli is needed?

Maruti Chitampalli is an Ex-Forest officer, writer, conservationist, and Ornithologist. He spent a lifetime in the forest. Through his penance, he has established an eternal connection with the forests: his first love. His elegant diction and writing style recreates the magic of the forests, showing his readers the path to falling in love with nature. About his writing, he says, “It was only after listening to the songs of birds and seeing trees grow that I could find an expression for the ardor that had been unexpressed and only existed in my unconscious mind.”

Have you heard such a story of a being ‘one with the forests’?

One of the larger challenges in creating a documentary on such an exemplary man is to bring the intensity of his life’s aim and convey it to a variety of audiences. The necessity of preserving our natural habitats must be understood by all, which this film aims to facilitate.

The documentary carries the message that every effort towards the wellbeing of nature makes a difference. A deficit in the completion and reach of this film poses a risk of losing a potential audience that will take up this message and act before all is lost.

Although there are two major challenges in making this documentary, the first is the funding we need to complete the remaining documentary in time, and second, reaching out to people during the production process and once the documentary is ready.

This Aranya Hrishi’s call for action must be heard, and that is why we need your support.

To shoot some of the rare phenomenons which Maruti Chitampalli has witnessed for which we need to visit three different forests.

The film will be completed in July 2022, with premiere screenings taking place the same month for Wildlife Institutes in India, few film clubs, and NGOs. In August 2022, we will begin entering the film to various National and International Documentary and Wildlife-related Film Festivals.

We all have backgrounds connecting us firmly to the art of storytelling and have always been sensitive towards the environment. Given below is a list of some team members and a little information about each one of us. There are more people involved in this project than we have listed. All of them are in some way helping each element of the film to come together and making it a truly unique piece.

Vipul is a filmmaker and theatre practitioner based in Mumbai, India. He uses his filmmaking skills and theatre experience to create awareness of social issues. As an environmental activist and with a background in community engagement, he is now pursuing a Master’s degree in Psychology. He has been working with some of the prestigious production houses, and organizations like Bombay Pictures, Rajeshri Productions and National Centre for Performing Arts. Vipul is keen on exploring human relationships with the forests and uses filmmaking and theatre as a medium to share these stories.

Producer of the plays such as ‘Pai Paishachi Goshta’ and ‘Spandan’, Ujwal Mantri is keen on building the creative team in-house and has an eye for quality scripts. He has completed six feature films as an Executive Producer. Ujwal has also worked as an Executive producer for several Ad films for the brands like Tata sky, Club Mahindra, and the acclaimed documentary on the renowned filmmaker Sumitra Bhave. He is also closely associated with the prestigious ‘Third Eye – Asian Film Festival’ for nearly 17 years and has worked as a production controller for International MAMI Film Festival for more than 18 years.

Akshay started his film-making journey by making promotional documentaries for Non-Profit Organisations (NGOs). Since 2008 he is been working as a filmmaker. Akshay has a wide range of experience in film making, right from full-length documentaries, short fiction films, web series, and short and long-duration corporate projects. He knows all aspects of filmmaking and has expertise in the camera department. His interest primarily lies in documentaries, especially in wildlife and adventure-based documentaries.

Avinash is engaged in farming and is experimenting with agriculture-based businesses. He has started a transit facility for injured birds and animals under the guidance of the Forest Department and with his initiative, a museum is being set up at Titwala, Maharashtra, under the guidance of the Archaeological and Museum Directorate. Avinash also runs three libraries in rural areas of the Thane district. Currently, he has been appointed as the Honorary Wildlife Warden of Thane District.

Sayee has a Master’s in Botany from Savitribai Phule Pune University. She started her career by working on a project by Karnataka State Biodiversity Board and Karnataka Forest Department dealing with medicinal plant census in the forest across Karnataka. Through this project, she experienced different types of forests of India like evergreen, moist deciduous, dry deciduous, scrubby forest, etc. After this project, she joined Terracon Ecotech Pvt. Ltd., an environmental consultancy in Mumbai. Currently, she works as a Project Coordinator with ‘SeasonWatch’ at Nature Conservation Foundation, Bangalore. The citizen science project deals with studying the impact of climate change on the common seasonal trees across India. She aims to show people that plants are as interesting as animals and bring the focus on plant conservation.

Amol has been working as a Promo Producer for SONY Entertainment television, Zee Marathi for quite a few years now. He has won the prestigious ‘Promax Gold’ award for Jay Malhar Title Song’ in the category ‘Best Entertainment Promo’ and was selected for the ‘ACE’ training programme for being one of the top 150 performers across ZEE Network worldwide. His film ‘Power of Language’ won the best film in the short film category of the Goethe Institutes Festival. His theatre background plays a vital role in his profession when it comes to understanding scripts and executing them.

Saurabh found his passion in film editing at the early age of 15 and after graduation, he studied editing and started working as a professional editor. He worked for TATA Power for their ‘Stree Shakti’ campaign for female empowerment. The short films that he worked on have won around 125 awards in various prestigious film festivals all over India.  His film ‘Carry On’ won the National Science Short Film Festival in 2019. Saurabh works only on content-oriented films which would create a deeper impact on people’s lives.

Being a farmer from Chiplun, Maharashtra, Prathamesh understands the importance of conservation in our daily lives. He came on board with great passion towards preserving and protecting the environment as well as filmmaking since he has previously worked as a Production Executive for films and television. Adding to all the above credentials and the experience of working with the community on ground levels, Prathamesh is very well aware of the importance of making a documentary on Maruti Chitampalli and the impact it would have on the minds of the common people once the screening starts.

Here are the bank details of Taleem Theatre and Films:

QR Code for scanning. It can be used to pay through any payment app. 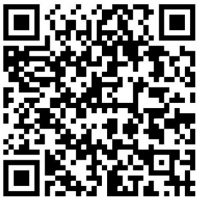