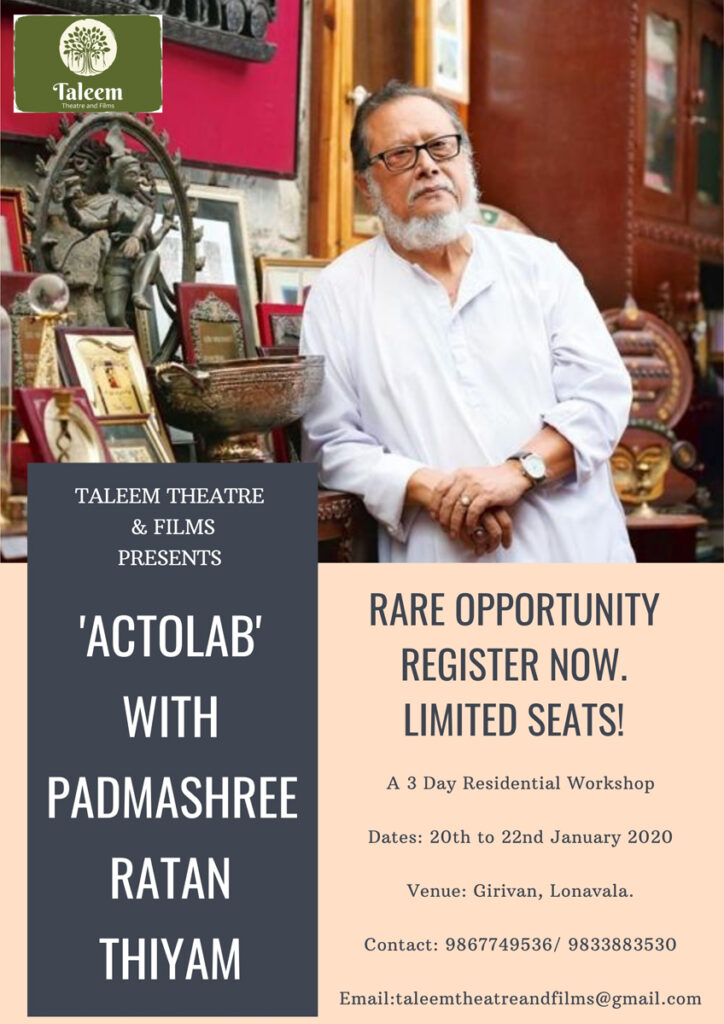 ‘Learn from the Legends Series’

According to Mr. Ratan Thiyam, “Two things are very important. One is darkness and the other is silence. I believe that the darker the stage is, the brighter you see. The more you are silent, the more you are not.”

Padmashree & Sangeet Natak Akademi [Ratna] Awardee Ratan Thiyam is one of the most influential figures of theatre in the world today. A dynamic teacher, he believes on the holistic approach of theatre where an artist has to express through physical movements, improvisation, music, vocal and breathing, singing, speech delivery, mime and at the same time interact with space and visuals.

It was a three-day residential workshop away from civilization in Lonavala from 20thJanuary to 22nd January 2020.

Second edition of Actolab with Ratan Thiyam will be announced soon!